In addition to his work in private practice, Will served as Program Coordinator for the talkSafe/PLUSES project at the St. Vincents Hospital in Greenwich Village from 2004 to 2006, working with individuals and groups to address sexual risk-behaviors and the spread of HIV among gay men. An expert in work with HIV+ gay men, Will has been interviewed on radio discussing this work, and for many years ran a private group at A Quiet Room focused on gay men living with HIV. In 2010 and 2011 Will appeared as a monthly regular guest, “The People’s Therapist” on “The Alternative with Terry Grand” a weekly radio program on LA Talk Radio directed at the LGBT community.

In late 2010 Will released his first book, Life is a Brief Opportunity for Joy, an introduction to the concepts and philosophy underlying psychotherapy. That book was released as a paperback in late 2011.

During 2011, Will released a second book, Way Worse Than Being a Dentist – the Lawyer’s Quest for Meaning, based on material from his columns on law and psychotherapy from AboveTheLaw.com. A former associate in the General Practice group at Sullivan & Cromwell LLC, Will is an acknowledged expert on psychotherapy and lawyers, has been invited to appear on panels and speaking engagements at law schools around the country, interviewed and quoted as an expert by radio and print journalists and has been featured on numerous law and mental health-related podcasts. Will and his practice and writings have been profiled or interviewed in The Financial Times, the ABA Journal, The American Lawyer, Bloomberg TV, and Today.com, among other media outlets. Will has created video presentations on law and mental health, and related ethical considerations, for Lexis/Nexis, Lawline, and Wealth Counsel which have been viewed by thousands of lawyers across the country to fulfill their CLE (Continuing Legal Education) requirements.  Will has also presented on issues concerning law and mental health to attorneys and staff at major law firms and to in-house legal departments at large corporations.

In March 2013, Will published a comic novel, Bad Therapist: A Romance, about a mild-mannered New York City psychotherapist who falls in love with a blue alien from outer space.

Will writes a regular column for the popular legal website, AboveTheLaw.com, as well as a blog of his own, The People’s Therapist, reflecting a psychotherapist’s take on the world. Two years after its launch, ThePeoplesTherapist.com had logged nearly a million individual views and now approaches three million. Because of his specialized background and the reach of his blog and other writings, Will sees many clients nationally and internationally via videochat technology.

For some articles from Will’s blog, The People’s Therapist, on the role of the psychotherapist, click here and here. 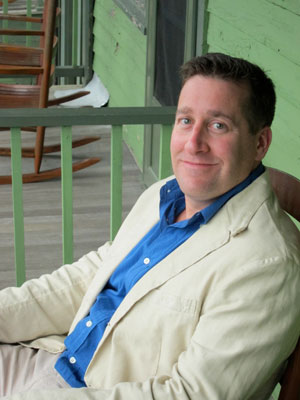